Akiva’s Report from the specialist – Update on Akiva 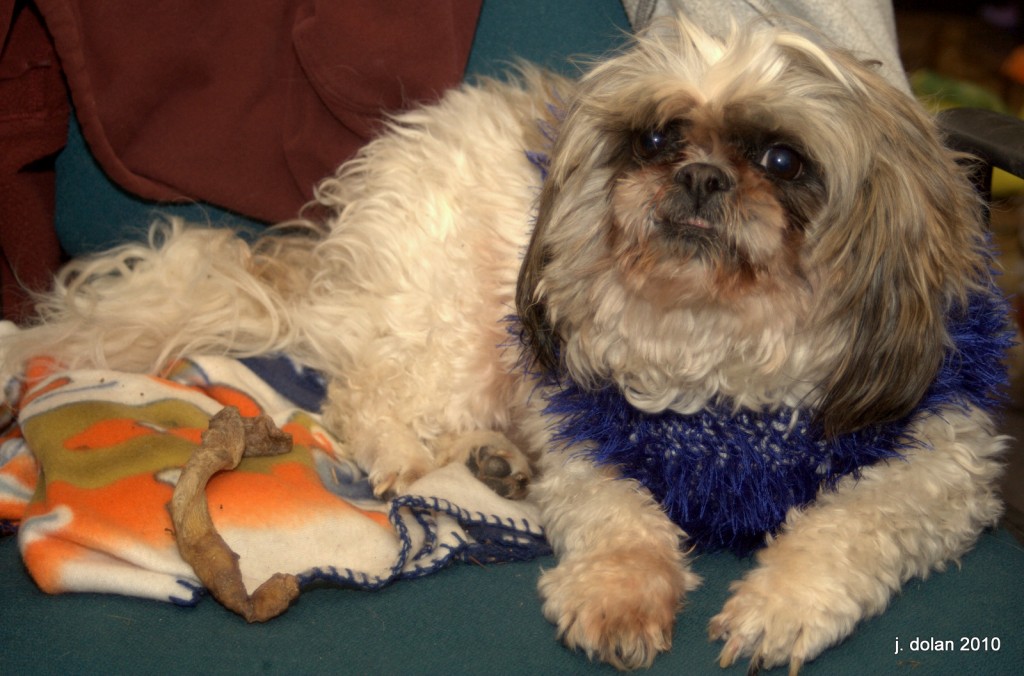 The results from Akiva’s trip to the specialist are as good of news as we could have hoped for.  There were many more serious problems that were possible; they have pretty much been ruled out.

I now realize that Akiva has had some signs of arthritis / hip problems for a long time.  I think he must have injured himself and caused a flare up and that is what has caused the recent events.  While this arthritic condition is and will continue to be painful for Akiva, the pain is very manageable with medications and supplements.  As long as I carefully manage the use of medication and ensure it does not cause  liver or kidney problems, it should not affect his life expectancy.  I’ll talk to my regular vet in the next few days and will likely do a basic liver / kidney test to ensure the new medication isn’t causing any adverse reactions.  Many of the dogs that became very sick or died from taking NSAID’s like Rymidyl did not have their liver / kidney function tested on a regular basis.  If there is a problem, it is very important to catch it early and stop the medication before the damage becomes serious.  Overall, only a  small percentage of dogs have serious complication from NSAID use.

I have to say the visit went very well and I was very impressed with both of the doctors that we met with.

I took a photo of Akiva’s discharge instructions so everyone can see what the specialist said: 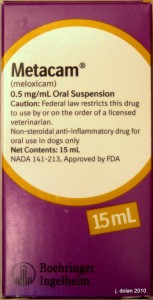 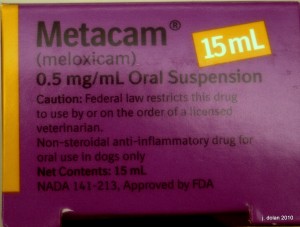 Akiva had a dose of his new medication at about 8:30 tonight after dinner.  He didn’t like the taste of it very much.  He has been sleeping for a while, but he appears comfortable. He doesn’t seem to be tossing and turning as much as he has been recently.   After looking up the name of this medication on the Internet, I realized it is the human drug Mobic, I took Mobic for quite a while and found it to be a very effective drug.

Akiva’s Glucosamine / Chondroitin (Glyco-Flex) supplement will come tomorrow which he will start taking, along with his Denosyl (Sam-e) to protect his liver from potential damage from the medication.

I’ll post an update tomorrow, it has been a rather long day and I am out of energy.

This entry was posted in Uncategorized and tagged akiva, akiva the dog, dog. Bookmark the permalink.