February went by stunningly fast. It’s hard to believe that it was a full year ago today that Akiva became ill. It was the last 2 days of February that he started having trouble, and he went into the vet on March 1, 2010. It took him months to recover, and he finally was able to climb steps again on my Birthday, May 25th 2010. He has done very well since then. He broke his front leg early this month and had 3 weeks of quiet time where I carried him around. Though he really rapidly recovered and was walking normally within about 10 days. It will be 4 weeks on this Thursday since he broke his leg. I took him out for a walk yesterday, and he was running with no sign of distress, so I think it healed up well. We will take another x-ray in 1 month to make sure it healed well.

It was a funny month for weather here, in the middle of the month, most everything other than the snow banks melted. I could see most of the backyard again. For a short time we thought we have a very short winter. Then we got a ton of snow again, now it looks like as much snow as ever.

I’ve spent most of the last 3 weeks working on my new Paw Dogs site. I spent the first 5 weeks of the year planning thinking about what to do for a site and looking at software. Now 3 weeks later, the site is running, the graphics are almost all done, and we will see the new site design in place within the next 2 weeks. We have started getting a few visitors and a couple uploads to the site. I know we will have to promote it a lot to get it going, but I think it will be a nice site that people will enjoy. The software I choose is working quite well. I’ve been exploring some other idea to help promote the site. I been looking at offering web hosting as a donation to dog businesses, such as shelters and rescues.

This month, we ran a contest on the Willys Jeep site to promote it. We gave away posters to 4 different people. We had a couple people promote us on their Blogs. About 30 new people joined the site. It’s nice to have some more activity on the site, it is starting to look a bit more substantial. Hopefully we can keep the activity up and keep the site growing. 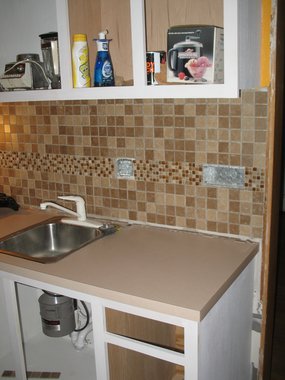 We (mainly my dad) made a lot of progress on our kitchen remodel this month. I was pretty focused on the web sites and didn’t do a lot. We have a counter top installed, we got the tiles on the wall all installed last week and we have a working sink. Very nice to be moving forward, my dad is doing a wonderful job on it. 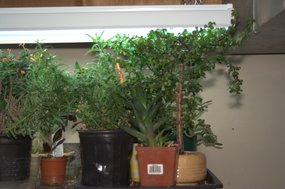 We are getting to the point in winter where the plants that are not in ideal situations (in terms of light mainly) are starting to get really unhappy. Two of my bonsai trees are showing serious distress, one of them is in very good light and should not be having problems. The other is in lower light, but one right next to it of the same type is doing fine. Hopefully they are just taking a break and will leaf out again. I had a couple succulents that I over watered around Christmas. A couple hoya that were just a couple feet from the window really had trouble, they just needed more light than they got. 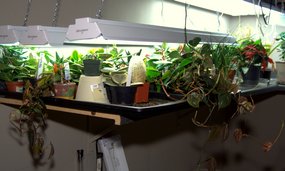 The plants under the lights in the basement are almost all universally doing great. Rarely a problem down there. Pretty much every other day watering. There are Pathos growing half way to the floor from tiny little 3 inch containers. The Hoya I bought on ebay back in October are growing very well also, you can see one of them growing up past the top of the light fixtures. 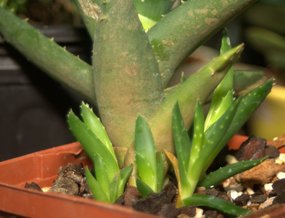 Even the Aloe is doing well.

Well I am a day late posting this. I worked on Paw Dogs today, I got a number of things done. We are starting to get picked up in the search engines. We are at listing #14 for Paw Dogs which is a good sign to see that happening this quickly. Our pages are getting picked up in the search engines, thought not quite as rapidly as I would like. That will improve. Pages from my Blogs get into Google within minutes of posting. I wrote today about a new program we are doing at Paw Dogs for Yahoo Group Owners to encourage them to switch their groups over to Paw Dogs.