“This is Buster after a long walk on a chilly winter day.
He is beat.
Buster was literally a recue.
I found him running around loose on the street in the middle of one of the coldest winters we’ve ever had. There was at least a foot of snow on the ground.
I tried to find his owners but no one stepped up to claim him and after about a month he was mine.
I thank God everyday that I just happened to see him and rescue him because he would have no doubt frozen to death if he didn’t get hit by a car before then.
We love him to death.
He was truly a gift.” 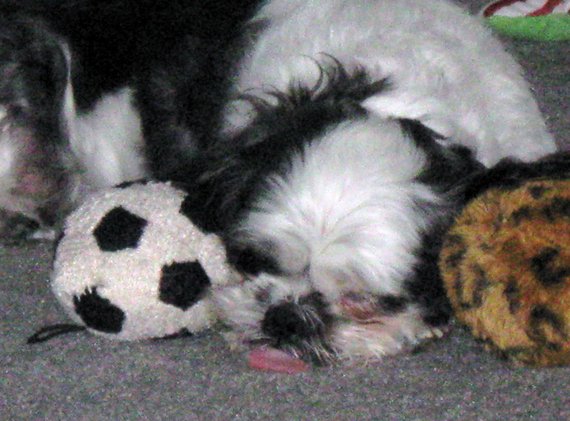