From: Adopted From Shih Tzu and Precious Paws Rescue

“We adopted Grady White Roney from Shih Tzu and Precious Paws Rescue in June 2010. My only other Shih Tzu (Buddy) was 17 1/2 years old when he passed away in January of 2010. My heart was broken and I thought that my days of having a dog were over. Of course, because Shih Tzus are so stinking cute, I was always looking on PetFinder. Then I saw this cute little ball of fluff named Sir Precious. I just knew I had to have him so I contacted Donna and thankfully I was approved and allowed to adopt him. We drove the 4 hours and met Donna at an exit off I-40. I scooped Sir Precious into my arms and away we went. It was love at first sight! On the long drive home we were trying to think of a new name for this little fella. My husband has always wanted a Grady White fishing boat and always joked that if he had all the money we had spent on Buddy that he could have a Grady White. So, when he looked in the backseat and said ”there goes my boat”, I just knew that Grady White would be his name. People that know boats always get a good laugh when they meet my pup and find out his name. Grady has brought so much joy and love into our lives! He is absolutely the best pup ever on the face on the earth. His best playmate is an eighty plus pound Lab/Rhodesian Ridgeback mix named Chazz. They romp through the woods and creeks together. Grady loves to chew on Chazz’s ears and she’s a good sport about it. There’s nothing fru fru about Grady! We travel often and he goes with us, by car or by plane, he doesn’t care, as long as he’s with his mama. He’s very smart and training him was very easy. EVERYBODY that meets him loves him and he loves everyone and every other animal we come across. He’s happy to get a belly rub from anyone. I could go on and on and on but by now I’ve probably lost most of the readers……sorry.” 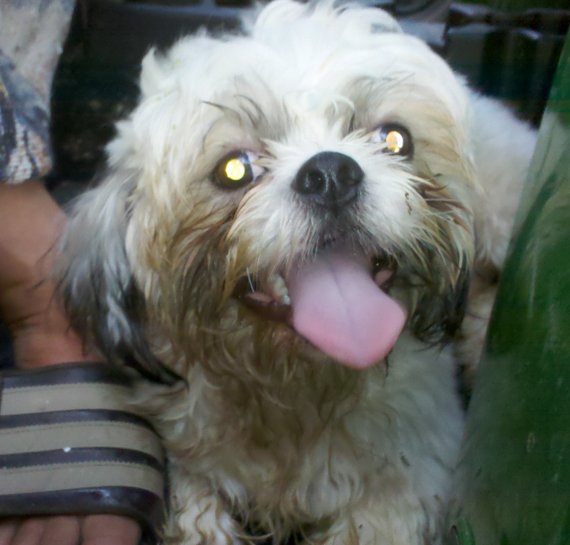 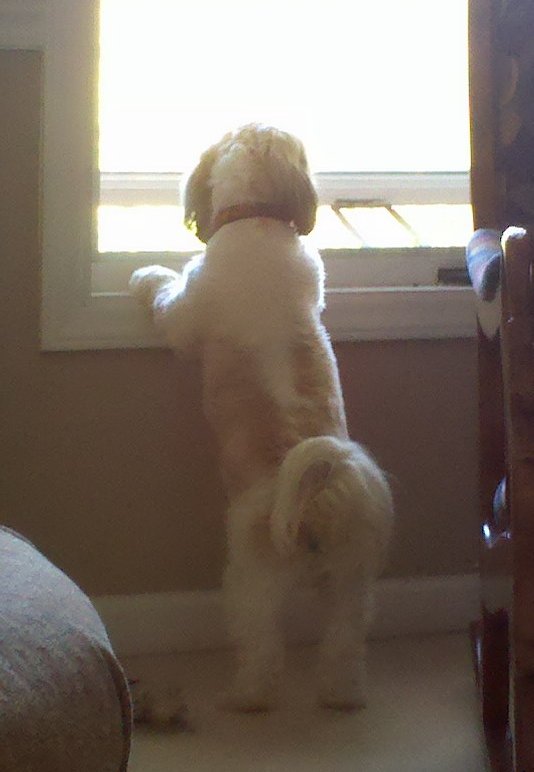 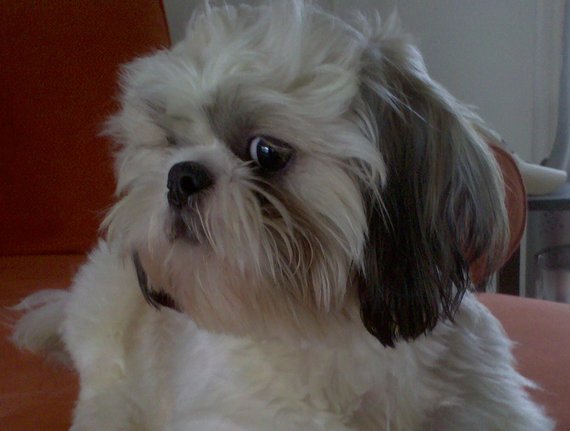 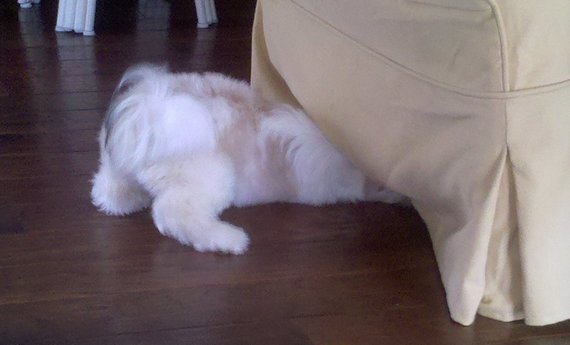